Where the End Cut Matters

Perpendicularity is one of the GD&T features sometimes indicated on an engineering drawing. These callouts on a drawing are used to communicate how a small metal part should be produced and to specify the acceptable GD&T tolerances for part features.

At Metal Cutting Corporation, where every day we produce thousands of metal rods, tubes, and wires cut to length, we typically talk about measuring perpendicularity in terms of the part itself in relationship to the end cut.

That is, our perpendicularity inspection looks at two surfaces: the side of the part compared with the end cut we put on the part, whether it is a rod, tube, or wire.

Other Ways to Look at Perpendicularity

This is somewhat different from GD&T perpendicularity, which typically refers to a tolerance that controls either:

Measuring GD&T perpendicularity of a surface requires using a height gage, with either the gage or the part locked to a 90° datum, to determine how perpendicular the surface is. Alternatively, calling out the maximum material condition allows the use of a gage to measure axial perpendicularity for either a negative (hole) or positive (pin) feature.

On engineering drawings, perpendicularity is represented by an upside-down “T,” and the tolerance can be called out in inches or in degrees.

A square (that is to say, perpendicular) end cut on a rod, wire, or tube would form a perfect right (90º) angle. However, such a perfect angle will have its tolerances imposed by the method used. For example, the cutting wheel might travel a little or deflect a bit as it makes a downward pass.

While a “perfect” angle might not be possible every time, at Metal Cutting we come very close — typically achieving perpendicularity of 0.001” over a 0.125” diameter when cutting a part. In degrees, we can typically hold a 0.5º (half of a degree) angle of perpendicularity or better, depending on the diameter of the rod, wire, or tube.

Measuring Perpendicularity in Inches or Degrees

When measuring the perpendicularity of a rod, wire, or tube, we look at the triangle formed by the cut end in relationship to a hypothetical perfect right angle.

Typically, we put the part on a comparator, roll the part until the largest angle is visible, and then zero out the comparator to measure the leg of the triangle and determine if it is within the specified tolerance — for our customers, generally a tiny fraction of an inch.

Alternatively, we might turn the part and measure the angle itself in degrees, to see if it is within the allowable tolerance.

When measuring the perpendicularity of the end cut on parts, the results will also vary depending on the manufacturing method used. For example, with lapped parts, Metal Cutting can hold 0.0002″ over 0.125” diameter, or 0.1º.

With the secondary operations that we perform, we might also need to take perpendicularity into consideration. For instance, suppose a customer asks us to polish or tumble a part to deburr it, but the part also has a stem on it with perpendicularity requirements.

In this case, we’d take great care to make sure the stem is not bent during the deburring process. (However, note that our customers are more likely to use a straightness callout for a part with a stem, rather than a perpendicularity callout.)

On the other hand, the perpendicularity of the end cut might not matter at all if a customer will be taking the parts we cut and doing something else with them, such as soldering a wire to the end, grinding a multi-angled face onto the end, or bending and trimming the end.

This, too, is something important for us to know. If the perpendicularity is not important, we will not add cost to your product by inspecting for it.

Whether your application requires perpendicular ends cuts or other important GD&T features, it is vital to choose the best production method and ensure that your specified tolerances are appropriate for your product’s functionality as well as your budget.

It helps to have a trusted partner such as Metal Cutting, where our goal is to work with you to keep production cost-effective while delivering precision parts that meet your quality requirements. 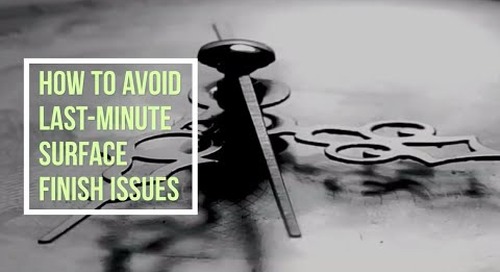 Surface finish requirements are just some of the details critical to completing an RFQ that will help you o... 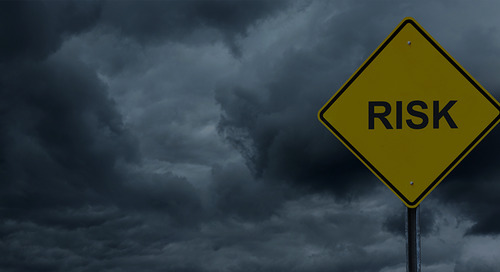 With a metric tolerance chart, you need to account for the upper and lower tolerance spec limits when conve... 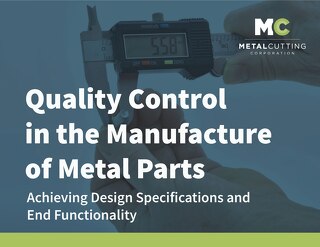 Quality Control in the Manufacture of Metal Parts

Learn the vital components of an effective quality control program and its role in ensuring that metal parts meet their requirements for design and function. 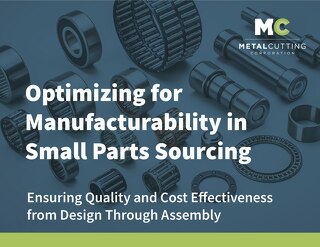 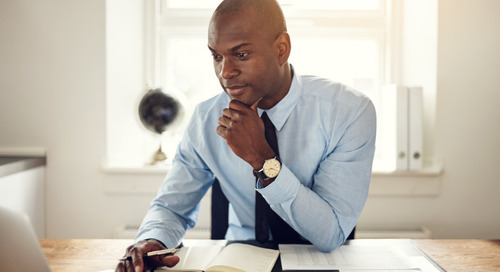 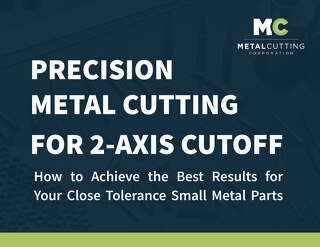 Precision Metal Cutting for 2-Axis Cutoff: How to Achieve the Best Results for Your Close Tolerance Small Metal Parts

There are many variables to consider when deciding on a 2-axis cutoff method for your precision part. This definitive guide will help you make the right choice for your specifications. 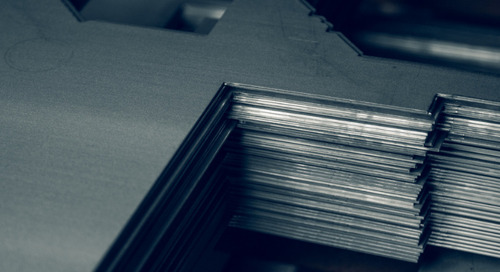 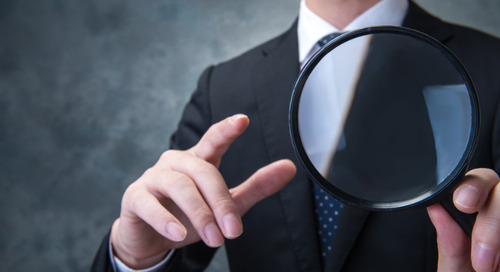 Adherence to ISO 9000 standards by an organization demonstrates to customers that it is committed to implementing best practices for quality management. 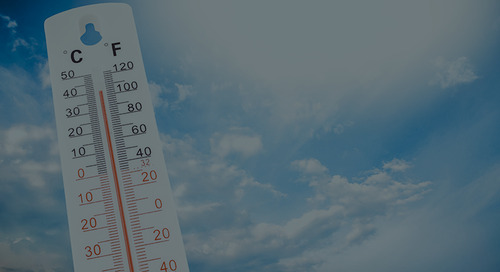 Heat Expansion of Metals and the Summertime Blues

Utilizing a controlled environment helps to minimize the effects of heat expansion and other temperature issues on the measurement of metal parts. 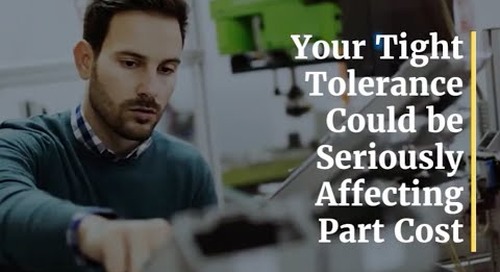 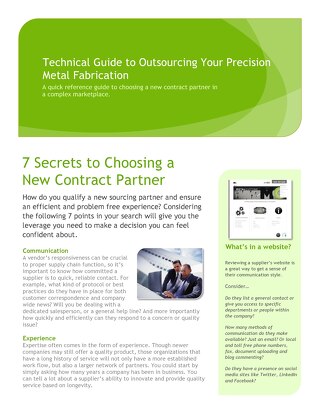 Finding a supplier who can deliver quality and on-time service can be tough, especially when it comes to the medical device and other heavily regulated industries. This guide makes it simple. 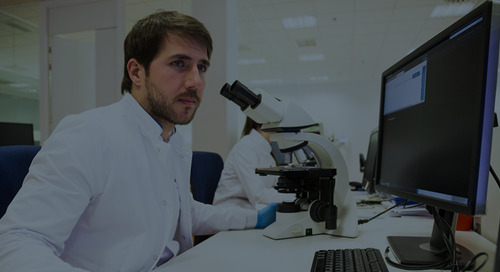 Specifying the magnification level and details of how a material surface must be examined helps to ensure that parts will pass inspection and meet your needs. 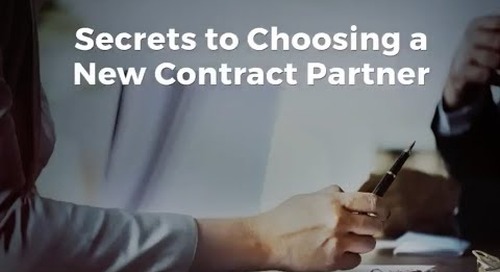 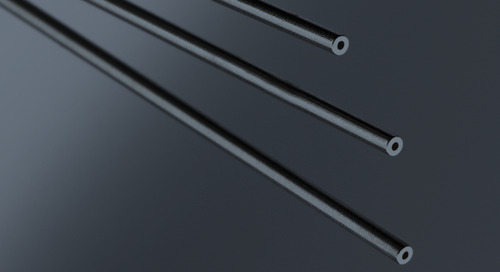 5 Things You Need to Know About OD/ID Concentricity

Because verifying concentricity is time-consuming and costly, try to use other applicable GD&T symbols in place of concentricity in tubing drawings and designs.

With a metric tolerance chart, you need to account for the upper and lower tolerance spec limits when converting between standard and metric measurements. 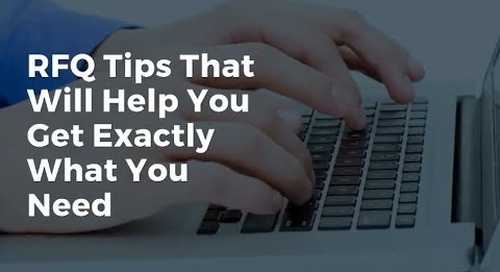 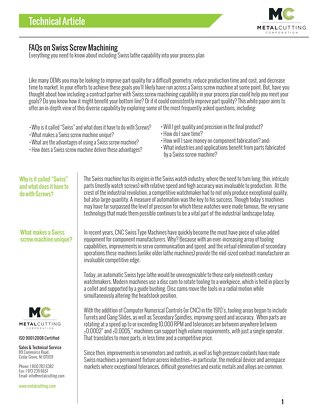 Trying to meet your next complex design challenge, looking to shorten device time-to-market with screw machine parts, or considering adding Swiss CNC Machining to your process plan this guide can help 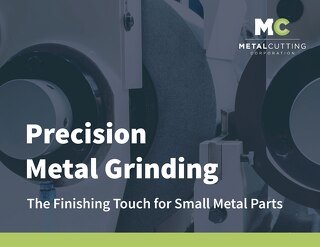 Precision metal grinding is the often best way to remove small amounts of material and achieve the right finish or tight tolerance dimensions on part surfaces. 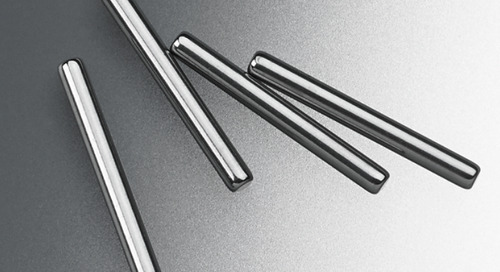 Precision flat lapping and other lapping techniques can be used for small parts requiring tight control of surface finish, flatness, thickness, and parallelism. 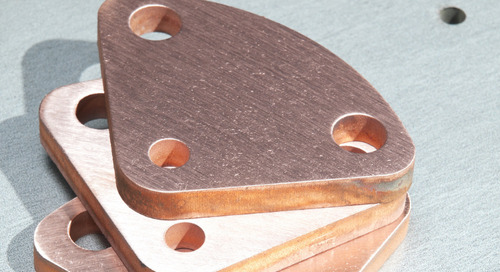 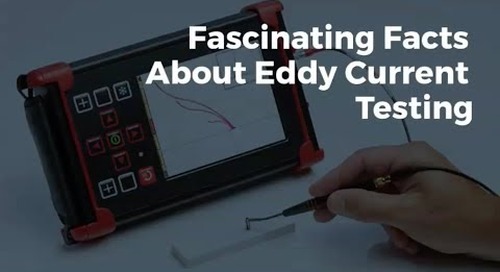 Eddy current testing is an important method of nondestructive testing. See what you may not have known about the process.